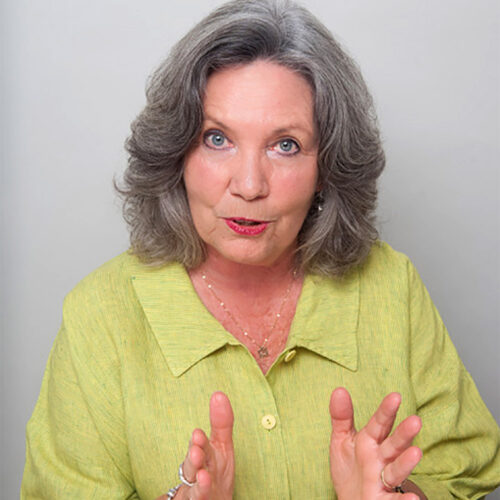 Nuala Hayes is an actor, storyteller, and independent radio producer. She trained at the Abbey Theatre, and has performed and toured extensively both in Ireland and abroad. Her interest in storytelling began over 25 years ago, when she founded Two Chairs Company with musician Ellen Cranitch to explore words and music in performance orally retelling Irish legends, myths, and folklore. She enjoys working with musicians and has collaborated with harpist and composer Anne Marie O’Farrell and with clarinet player, Paul Roe. She has toured internationally to storytelling festivals in the United States, Poland, Denmark, Spain, Germany, Scotland, and the United Kingdom. She has also collaborated with artist Rita Duffy on many projects, including Shirt Tales in Derry, as part of the U.K. City of Culture, 2010.

Nuala was the founder of Scéalta Shamhna, the first international storytelling festival in Dublin, which she ran for 10 years. She has also curated and administered many storytelling events, including the Farmleigh Festival of Story and Song. She was also the artistic co-ordinator of the FEST 2017 Conference Storytelling in Borderlands.

She has collected stories in the Midlands of Ireland and on Cape Clear Island, Co. Cork. Nuala is the author of Laois Folk Tales, published by History Press Ireland in 2015. As a storyteller she has a vibrant interactive style and she believes the listener is important as the teller. Nuala is presently the chairperson of Storytellers of Ireland.