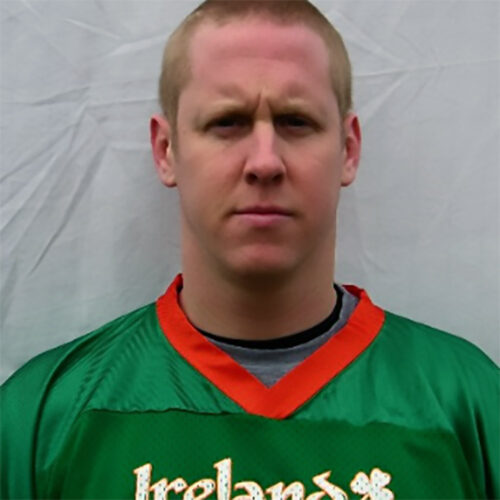 Michael Kennedy was a player on the Ireland National Lacrosse Team for 11 major tournaments between 2004 and 2019, and was captain from 2005 to 2010. He co-founded both the Dublin Lacrosse Club and University College Dublin Lacrosse Club, and has coached both teams. He has been Chief Executive Officer of Ireland Lacrosse since 2009, and he is the event director for the 2022 World Lacrosse Men’s under-21 World Championship and World Festival, taking place at the University of Limerick in August 2022. He works full-time as a Senior Quality Officer at UCD.