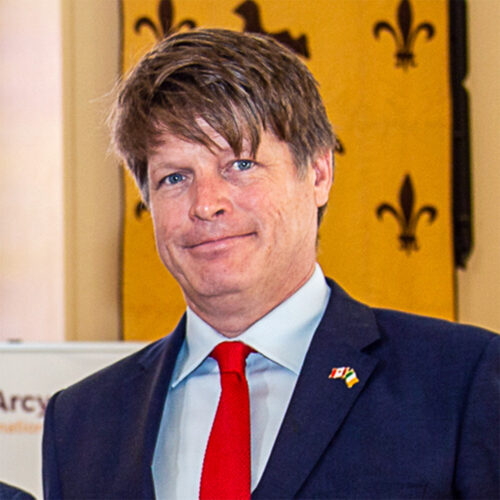 A graduate of UCD and KU Leuven (Belgium), James is CEO of the Ireland Canada University Foundation, a role which he balances with his work in the arts sector. Driven and inspired by values of community and creativity, he worked for some years in theatre, dance, and the visual arts—experience which greatly informed his subsequent work as a documentary filmmaker. He is chair of the internationally acclaimed Pan Pan Theatre Company, and a board member of the Fumbally Exchange.

As a filmmaker, with support from the Arts Council, TG4, RTE, and the Irish Film Board, James has made work which has broadcast nationally and internationally, and screened regularly at film festivals across Europe and North America.

Many years ago, James spent two years in St. John’s, Newfoundland, during which time he first visited the Mohawk territory of Kahnawake. This was a personal connection which in recent years he was grateful to have the opportunity to rekindle, working with the late Grand Chief Joseph Tokwiro Norton on numerous programmes to build friendship and connections between Turtle Island and Ireland.