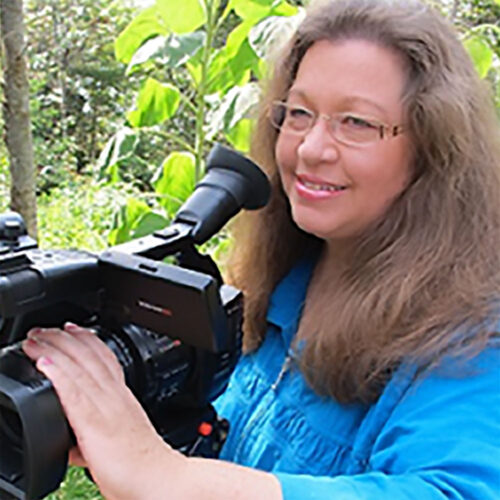 Catherine Martin is a member of the Millbrook Mi'kmaw Community Truro, Nova Scotia. She is an independent international award-winning film producer and director, a writer, facilitator, communications consultant, community activist, teacher, drummer, and the first Mi’kmaw woman filmmaker from the Atlantic region. She is the past Chair of APTN and served on the board for the first five years of its inception.

She has contributed to policy and institutional change to make cultural and arts more accessible to First Nations artists. Her contributions to film, television and digital media in Atlantic Canada were recognized with a WAVE Award from Women in Film and Television Atlantic. She recently honored with a National Peace Award from VOW (Voices of Women) for her years of work as a peace activist. Catherine has contributed to the development of many programs to advance the education of Mi’kmaq and Aboriginal women and youth in the Atlantic Region and across the country, including the Certificate in Community Health at Dalhousie for women in Mi’kmaq, Maliseet, Innu, and Inuit communities, the Indigenous Black and Mi’kmaq Law Program also at Dalhousie, and the Indigenous Women in Community Leadership program at the Coady International Institute at St. Francis Xavier University, and Professor for CBU’s BA Community Program.

From 2015 to 2019, Catherine was appointed as the 14th Nancy’s Chair in Women’s Studies at Mount Saint Vincent University. Catherine is a board of governor for Kings College School of Journalism. She was recently awarded the Senate 150 medal and the Order of Canada 2017. She is now the first Director of Indigenous Community Relations at Dalhousie University.