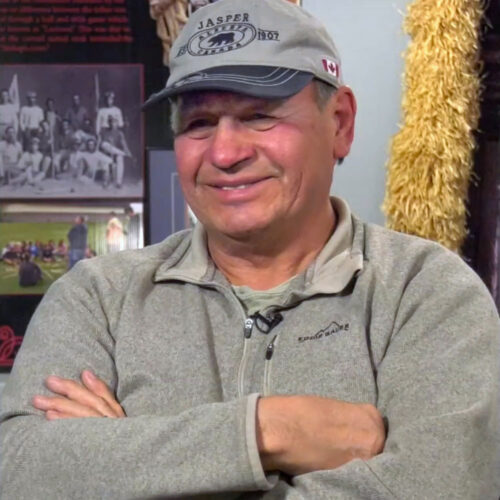 Bruce Roundpoint was inducted into the Ontario Lacrosse Hall of Fame in 1997 representing Akwesasne. Roundpoint’s family is known for being important stickmakers for the game, at one time supplying 97 per cent of the game’s sticks worldwide.

He was Captain of the All-Star Native Team that played in the 1980 Commonwealth Games. Bruce Roundpoint played for the Montreal Les Quebecois in the original National Lacrosse League under legendary coach Jim Bishop. Roundpoint was the scoring champion for both the Akwesasne warriors in 1977 and the Cornwall Island Thunder Birds in 1981.