Following the opening of the reading on September 30th, we met weekly on Zoom for two hours every Monday, at 7am Pacific / 8am Central / 10am Eastern / 11pm Atlantic / 11.30pm NL&LAB/ 3pm Irish.

About the Residential School System

The term residential schools refers to an extensive school system set up by the Canadian government and administered by churches that had the nominal objective of educating Indigenous children but also the more damaging and equally explicit objectives of indoctrinating them into Euro-Canadian and Christian ways of living and assimilating them into mainstream white Canadian society.

The residential school system officially operated from the 1880s into the closing decades of the 20th century. The system forcibly separated children from their families for extended periods of time and forbade them to acknowledge their Indigenous heritage and culture or to speak their own languages. Children were severely punished if these, among other, strict rules were broken.

Residential schools systematically undermined Indigenous, First Nations, Métis and Inuit cultures across Canada and disrupted families for generations, severing the ties through which Indigenous culture is taught and sustained, and contributing to a general loss of language and culture.

Because they were removed from their families, many students grew up without experiencing a nurturing family life and without the knowledge and skills to raise their own families. The devastating effects of the residential schools are far-reaching and continue to have a significant impact on Indigenous communities. The residential school system is widely considered a form of genocide because of the purposeful attempt from the government and church to eradicate all aspects of Indigenous cultures and lifeworlds.The Truth and Reconciliation Commission (TRC) was launched in 2008 to guide Canadians through the difficult discovery of the facts behind the residential school system, and to lay the foundation for lasting reconciliation across Canada.

About the Truth and Reconciliation Commission

The Truth and Reconciliation Commission of Canada (TRC) was officially launched in 2008 as part of the Indian Residential Schools Settlement Agreement (IRSSA). Intended to be a process that would guide Canadians through the difficult discovery of the facts behind the residential school system, the TRC was also meant to lay the foundation for lasting reconciliation across Canada.

The Truth and Reconciliation Commission’s Final Report is a testament to the courage of each and every survivor and family member who shared their story.

As an important step in rebuilding Canada’s relationship with Indigenous peoples, the Prime Minister of Canada met with leaders of the National Indigenous Organizations on December 16, 2015, in Ottawa to continue the dialogue on reconciliation. At that meeting, the Prime Minister committed to National Indigenous Organizations that he would meet with them annually in order to sustain and advance progress on shared priorities.

In our mission to connect and foster dialogue between people in Ireland and Canada, we invite not only white/ non-Indigenous/ settler Canadians to read the TRC, but Irish people to read it also.

For white/ non-Indigenous/ settler Canadians, reading the report is a responsibility as we endeavour to move forward in a process of truth and reconciliation.

For Irish people, reading the report will be in solidarity and support – for the Indigenous peoples of Canada, and also for the aspirations of this document produced on the behalf of all the people of Canada.

While the weight or responsibility is on others to read this document, we would greatly welcome participation of Indigenous people in reading this reading of the report.

More information on the National Day of Truth and Reconciliation can be found on the Canadian government’s website here. 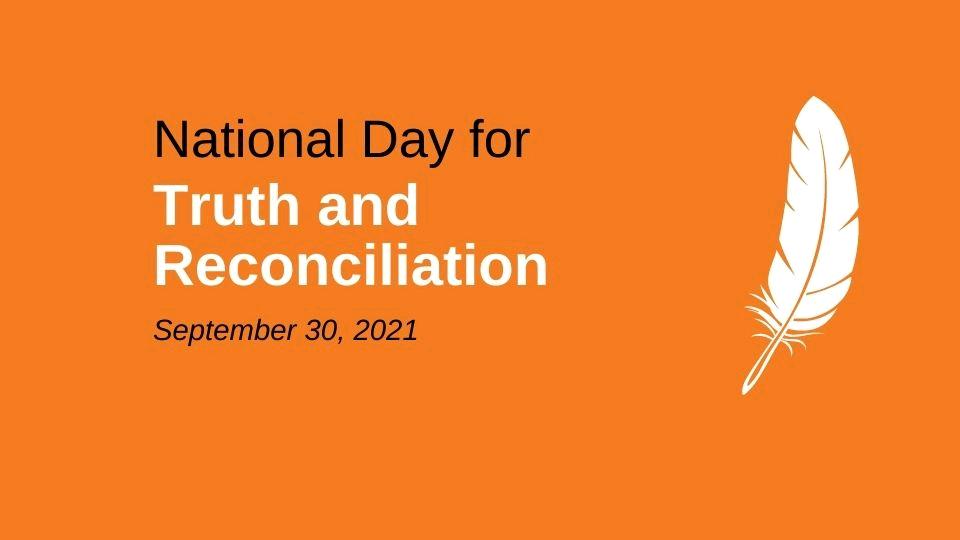